By Loree B. Resnik

Yes, I admit it. I am a woman, the oldest of the baby boomers, who struggled and championed women’s rights in America. I think my adult children and their spouses might secretly like to ask me to “give it up already,” “chill” or however one says such things today. Still, I continue to struggle with women’s rights, what they mean to societal norms, and how they impact us both here in North America and, of course, in Israel. For I have two “isms” in my life-feminism and Zionism. Commenting on the Parasha (weekly Torah portion) that has always been the most difficult for me, Tazria, (“when a woman gives birth”) I am compelled, once again, to look at the issue of women’s alleged impurity and the call for separation following childbirth this Parasha presents to us.

I have read many discussions of these issues and this Parasha. I understand the concept of spiritual vs. physical, of why there are differences between the length of time of separation for a male child and a female. Still, I am compelled to examine this Parasha in the light of Israel today where the call for separation has slipped into segregation. For me, it simply cannot be that a Parasha that so often separates us physically, not spiritually, was meant to convey a message of segregation. I proudly wear my button that identifies me as a Freedom Rider in Israel. Working with the wonderful staff of the Israel Religious Action Center and our own ARZA interim Director, Barbara Kavadias while in Jerusalem this past fall, I had the amazing experience of riding in the front of the bus to help break down barriers. While not Rosa Parks, I swallowed being glared at by Haredi (ultra-Orthodox) men as we women proudly took our seats and enabled, by our example and presence, a small group of eight and nine year old girls coming from their Orthodox Day School to ride home in the front of the bus. 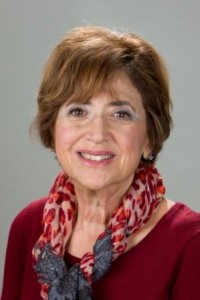 Instead of reading the Parasha as enforcing separation, I see it as celebrating motherhood, as allowing the bonding of women to their daughters as they passed down an ancient heritage to modernity. While we still want mothers and daughters to bond, today we promote other kinds of bonding as well. As I devote myself to raising sacred resources for ARZA in my retirement years, I seek to connect our young women and our young men in America to those in Israel who want to work toward an Israel that is democratic, pluralistic and truly exemplifies living Torah.

Do I discount the differences between our genders? Never. The more we learn about the brain, about language usage and about emotional development, the more we learn that “Men are From Mars and Women are From Venus,” the more we know of these differences. Perhaps our ancient ancestors knew this too and looked for ways to strengthen our bonds to each other by enforcing our differences. And yet, as I look at Medinat Yisrael, the State of Israel, I know that we have the most important of things in common. We are proud Jews. We love Israel and will always think of it as a beacon of light in a sometimes desperate world. And, I think, for most of us here and in Israel, whatever our bodily functions or our spiritual need for separation during illness or after childbirth, we need not be segregated on a bus. Separate on a bus is not equal. Wearing a tallit does not make that most beautiful spiritual garment unclean because it covers the graceful and delicate neck and shoulders of a woman nor does it turn the woman into something other than a woman.

We Reform Jews know how much women have added to our Movement as Rabbis and Cantors, as Executive Directors and Educators in every realm of Jewish life. As I have been fortunate enough to witness; their strength, their commitment and their leadership among the clergy in Israel is honored and revered by many. But it is not just female Reform leaders we are proud of. We take pride in the real Israel that is universally known: the Israel that elected Golda Meir, the Israel that understood the need for quality child care for women who worked on the kibbutzim, the Israel where men and women were partners in helping to settle the land, as well as partners in defending our home. These people, this Israel, is the one that captured our hearts and spoke to our souls.

Why else would so many of us work so hard for ARZA? Our mission is to build bonds, not just between mothers and daughters, but between North American Reform Jews and Israel as we help build a flourishing Reform movement there. It is our task to bring the sacred to the secular, to help build a modern, democratic, Jewish state. We know that with your help we can make this dream a reality.

Loree B. Resnik, FTA, is the Vice Chair of Financial Resources of ARZA. She is the Executive Director Emeritus of Suburban Temple-Kol Ami in Beachwood, OH and a past President of the National Association for Temple Administration.